July 18, 2019 By mariann dalimonte Comments are Off

The Greater Port Washington Business Improvement District (BID) issued a $5,000 Facade Rehabilitation Grant to Harbor Deli and a $2,000 New Tenant Bonus Grant to Harbor Deli Too. Harbor Deli is located at 306 Main Street and Harbor Deli Too is located at 35 Old Shore Road. The purpose of the Facade Rehabilitation Grant Program is to provide assistance to property owners and businesses within the district that are interested in the rehabilitation of their exterior building facades. The purpose of the New Tenant Bonus Program is to allow our organization to help start a business within the BID District.

“Our organization is very thankful to Harry & Diane DeFeo for wanting to enhance the façade at Harbor Deli and for taking over an empty storefront on Shore Road for Harbor Deli Too” stated Mariann Dalimonte, Executive Director of the BID 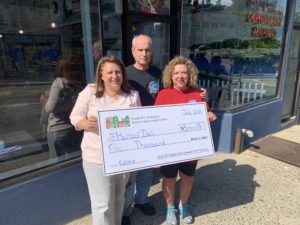 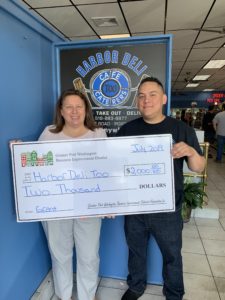 TO VIEW CORONAVIRUS UPDATES, PLEASE CHOOSE FROM THE CATEGORY MENU BELOW.